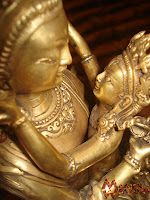 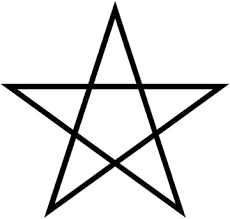 GKS
Turn your own light on ! 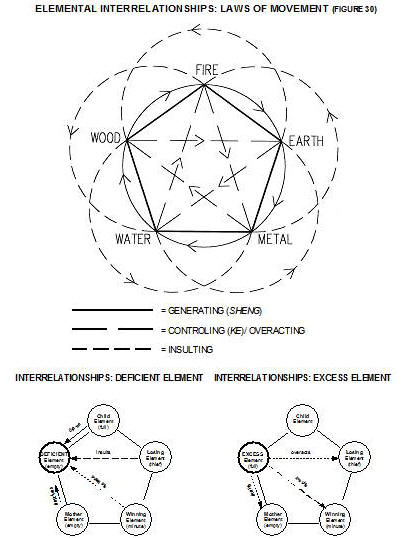 The Golden Triangle is an isosceles triangle in which the ratio of either of the two equal sides to the shorter base is F. The two base angles are 72Â° and the vertex angle is 36Â°. Twenty Golden Triangles can be found within the pentagon-pentagram construction, 5 small, 5 large, and 10 medium. The base angles of 72Â° express the number of years to establish 1Â° of precession in the zodiac (72x30=2160; zodiac age). The vertex angle is 36Â° shows a mathematical connection with all aspects of Taoist numerology, most particularly the sexagesimal calendar (60 x 60 = 3600 year epoch); [sim.Sumerian: Nibiru sun circuit].

MechanicalMonster schreef:An attempt at a philosophical interpretation of mathematics with respect to Fixed Cross' principle of self-valuing, the deeper additive structure of numbers as shown by HatingMeIsEasier, and my own base 9 number circle interpretation of the integers. (A journey through ontology, logical possibility and numeric abstraction)

(Also an early exploration into the possibility of a tectonic cosmology)

You can see fractals emerging from out of sequence of circles - some of the relationships will be explored here but there are certainly many many more left to be discovered about this. These circles come from reality dividing itself via the base 9 number circle (connected abstractly to HatingMeIsEasier's wheel of life numerical progressions as movements of doubling and 1/3 divisions with remainders of 1 (1/3 1/3...) (and base 9 is the perfection of base 10) and the perfect divisions of 1/2 that allow diameters and radii to transpose into each other (more on that later). Each number is a circle with quantity 1 and the full 1-9 form a complete circle divided into nine equal segments.

The integer system is interesting because it is self-spiraling; I see now that each integer 1-9 is a circle and the whole 1-9 group is also a circle, if you add in the time aspect then everything becomes spirals within spirals, dimensionalized fractaling. A "wave" is only an abstracted-flattened perspective upon spirals.

To translate numbers across the circle works like this:

Each time you multiply a number you are setting another fixed amount of turns around the circle; for example 7x2 is starting at 7/9 position on the circle (about halfway between 9 and 10 is on a round clock face) and then turning around the circle forward another 7 notches... 8 9 1 2 3 4 5. That is why 7x2=14 and "14" simply means 1+4 as your table notes, or in other words, 5. Seven rotation steps around the circle starting from 7. All of the integers work like this.

9 is a special case because the circle has been divided into 9 parts, so no matter where you start if you multiply by 9 you get to another 9. The circle itself equals the unit of change in this case. 8 I found is also a special case because eight moves from any position *should* end up 1 place behind where it started (8 = 9-1, so falling back one each time); 8x3 = 24 = 6, as 8 - 1 - 1 (two rotations on the circle) = 6. But this doesnt always work properly, 12 (3) x8=96 which =15 which =6 or 3x8=24 which =6, not 2 as would be the case if moving one back from 3. That is cool because what I think it is showing are non-linear sort of "meta relations" buried in the turns of the circle. 8 itself multiplied by anything will fall back one each time but anything else itself multiplied by 8 would actually spirals backward in progressions of its own value eight times each:

This is how numbers actually work, self-referential moves X times around the circle each number always starting from itself and also self-defining how far of a turn each move will be because each number is reflecting not only its position but also its position from 9, however many spaces falling back from 9 it is. 9 is the "home" because the circle has been divided into 9 parts (just like 10 is the home in base 10 where you get orders of 10 100 1000 etc.). This is demonstrating that reality is based on a self-valuing principle: each number is actually determining for itself what it means to "multiply itself, for example with 3 and 8 rather as 8x3 or 3x8 the final point is the same but the ways to get there are quite different depending on if 8 is multiplying itself three times or if 3 is multiplying itself eight times. What it means to "make one rotation" or one step on the circle, the amount of distance crossed with each move, is different in the case of each number yet in the end they always meet at the same final value - they "agree on a reality" despite getting to that reality in a very different kind of way. This forward or backward spinning around the number circle may correspond to positive and negative, or to movements up and down the scales of being.


The only perfect right triangle is the 30 60 90 triangle. It is perfect because one of its side lengths is exactly 1/2 the length of the hypotenuse (the significance of 1 - 1/2 = 1/2, the only instance where 1 - x = x which pattern relation we see over and over in equations all throughout math, "1 - x"), and because of the 3 6 9 progression of thirds. In that image above you can see how this triangle gives rise to the doubling or halving of circles (and the circles represent the numbers in the base 9 system that reality is actually based on). Inside you find the equilateral triangle of 666, 60 60 60 degrees. Perfect "equality", this triangle hides within the number's progression as the little satan inside the "God" principle of creation, what reality uses to lock in a downward division of halves based on an "locked in" 666 inside the otherwise standard 6 (1) 9 3 6 (4) 9 3 6 (7) 9 3 progression, the 1 4 7 third (also significant as a kind of "stopper" or breaking-point hard limit within reality, it seems, as found in various examples including use of the 2 to create sequences without any 3 6 or 9 in them at all (such as can be found by subtracting the radius of a perfect area 10 (1) circle from Pi/4)). These numbers may "hide" inside larger sequences breaking down the infinite chains so that contingent, finite realities can actually emerge both connected to and disconnected from the infinite expanses.

Interestingly that equilateral triangle is 666, 60 60 60 degrees. Unlike Christians who see this number as the sign of evil, it seems more like a sign where God is just about to peek through.

As circles divide based on the 666 inward principle (a secondary expression of the 1 4 7 third buried in the 'God sequence') what you have also formed are fractals, the triangles descending in pattern together. Imagine these lock in with each other wherever 2, 1 and 1/2 circles align themselves; these triangles will also align and create larger fractal spirals up and down the scales of being, probably acting as logical platforms of cohered universality on which various tectonic orders are able to be developed. Those orders of material causality then will in turn act to hold those kinds of logics more firmly in place, helping them stay together in the event of their encountering destabilizing outside forces. And this is especially cool because circles that are not 1/2 or 2x of another circle will somewhat "pass by" each other in the way that they do not build up fractal chains, they will instead build fractal chains with other orders of circles of their own kind leading to multiple strings and dimensions of causal-material existences all entwining and passing alongside, into and through each other. It is upon a sort of set-up such as this that we might say things like subatomic particles, atoms, molecules and larger systems emerge and organize into geometric configurations; energy is always seeking geometric 'hard lines', values want to maximize their bang for their buck without isolating themselves from the larger reality.

With reality reducing to self-valuing principle embedded in the base 9 wheel we see also how base 10 numbers are useful (any base system is going to be useful) but slightly off when it comes to these fundamentals - 0 actually has no place among the integers at all, it is not even a place-holder. This probably explains why every fundamental relation from Pi to e to the Golden Ratio can only be interpreted as an approximation, an "irrational number" rather than to be seen as a purely fundamental and clear principle number-value of mathematics and also of ontology. The addition of zero as a place-holder was necessary to allow easy to understand repetitive patterns of numbers 0-9 to come into use, basically the only advantage of that 0 is this ease of use and simple comparison and crunching of large numbers (and the fact we humans love the number 10, 10 fingers for instance so kids can learn how to count with the base 10 system - just keep adding other 0's on the end instead of having to actually do the deep conceptual thinking work involved with addition and multiplication, for instance).